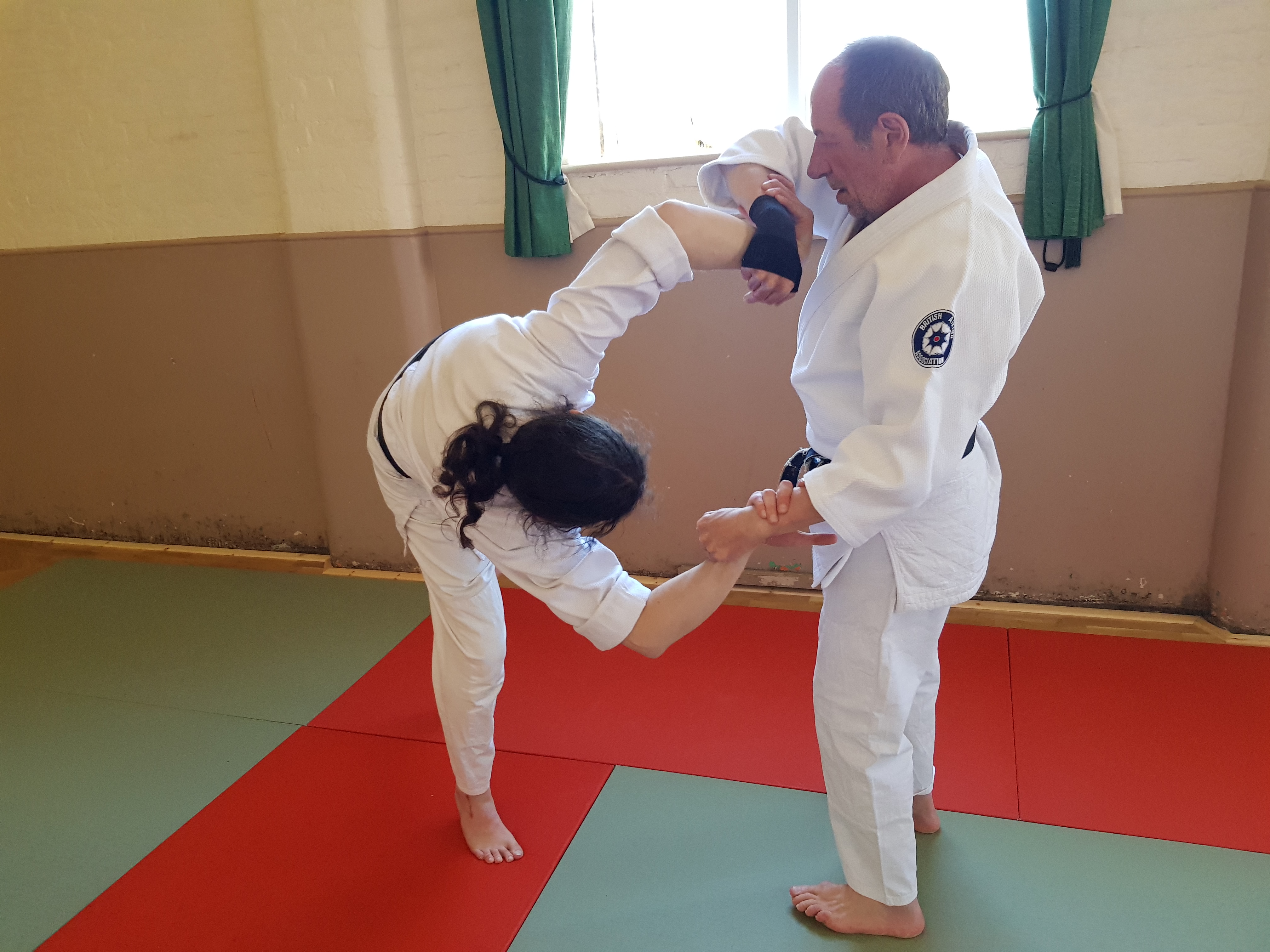 I have been a committed budoka for some fifty years, first practising judo, then subsequently practising Tomiki Aikido, Muso Jikiden Eishin Ryu iaido and Mugai Ryu Iaiheiho. Throughout my budo journey I have shared practice with jujutsu, jodo, kenjutsu, karate, Nihon Shorinji Kempo and Chinese tai chi teachers. This experience has made me wary and sceptical of what I ‘see’ and much more committed to judging technique by how they ‘feel’ and if they work. My criteria for ‘does it work’ being, does it destroy my kamae and prevent my retaliation? Recently, I have been revisiting the ‘Koryu no Kata’ of Tomiki Aikido, established largely by Hideo Ohba Shihan with the support of Kenji Tomiki, the founder of Aikido Kyogi, competitive aikido. Both Tomiki and Ohba, studied judo and then Daito Ryu Aikijujutsu with Morihei Ueshiba, the founder of Aikido before WW2. I say studied Daito Ryu rather than Aikido as modern research from budo historians, such as the late Stanley Pranin, has confirmed that certainly up to the 1940s, Ueshiba taught what has been described as Ueshiba-ha Daito Ryu. All of Ueshiba’s close pre-WW2 students were taught his evolving version of Daito Ryu Aikijutsu and that character can be seen in Yoshinkan, Yoseikan and Tomiki Aikido and in the interpretations of Aikikai teachers, such as Rinjiro Shirata Shihan.

My research has led me to believe that there is much in Ohba’s Koryu no Kata that we have ‘unseen’ over the years as we have come further from the source. So, rather than limit myself to academic study, I needed to gain some direct experience of Daito Ryu if I was ever going to really understand the ‘inside’ of Ohba’s choice of technique and the manner, in which he performed them, so very different from current interpretations of Tomiki Aikido technique. Ohba’s economical movement, often close ma-ai and soft aiki-age, started to make more sense when looked at again in comparison with Daito Ryu techniques.

Recently I took a trip down to train with the Ginjukai UK Daito Ryu Study Group in Dover led by Phil Eyers, and it did not disappoint. There I was able to test that the ‘magic’ of the ‘seeing’ was confirmed by the ‘feeling’, as I once again I seemed to have imprisoned myself and lost my posture, to small, barely felt movement, that led me in directions I did not wish to go.

The experience has me hooked as I believe it will help me improve, not only my own aikido but that of those I teach, as my understanding of what must have been in the minds Tomiki and Ohba becomes clearer. Although I considered studying Daito Ryu before, the lineage styles that I encountered failed to convince me that they would contribute greatly to my Tomiki Aikido practice. This is not the case with the lineage that Howard Popkin and Joe Brogna are transmitting from the late Okamoto Sensei of the Roppokai. Okamoto Sensei’s interpretation seems to exactly match the ‘inside’ that I am looking for and is realistically taught, without any claims of magic or mumbo jumbo.

Circumstances prevent me from attending the 2018 Aiki Connections seminar, but I recommend any budo practitioner who wants to demystify ‘ki’ and learn more about the application of soft power get themselves down to the Genryukan in Dover to experience the fearsome Howard and his partner Joe for themselves. I am reliably informed you will also have good ‘craic’. 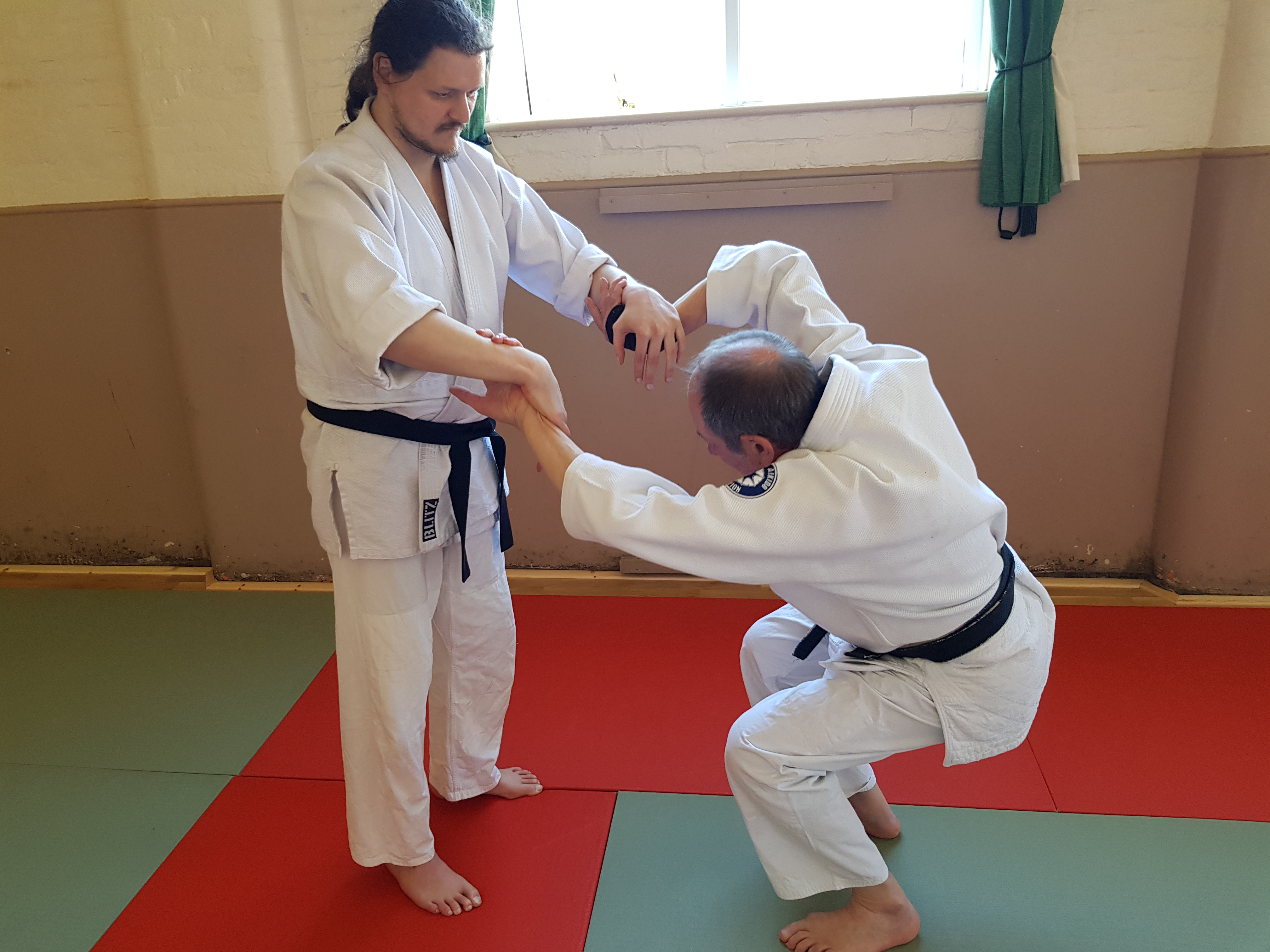