Home Articles Testimonial from the best of men….Graham Farquhar

Testimonial from the best of men….Graham Farquhar

I have always been interested in the predecessor arts to Aikido and yet some of the types of Daito Ryu weren’t really for me. I was fortunate enough to be at the Aiki expo in 2002 and saw Daito Ryu for the first time. I was disappointed. It was too physical and it lacked something. In fact I saw other arts there that were far more sophisticated and which piqued my interest. A couple of years later I became aware that the Daito Ryu Aikijutsu I saw in the Aiki Expo was just one variation. and there were others out there. More research showed a very “soft” and sophisticated form of Daito Ryu by Kodo Horikawa. His foremost student is Okamoto Seigo Sensei.

There happened to train a small number of western students. One of which is the magnificent Howard Popkin Sensei. My good friend Phil Eyers invited Popkin Sensei over to teach in 2014 and then again in 2015. I went along to support Phil in the first instance but also to satisfy a curiousity. Did Howard have some of the skills of Kodo and Okamoto?

Well both seminars were excellent and highly recommended. Why? Howard is a teacher by profession and has a great way of passing on and teaching what to do. Are you left trying to work it out? – well it wouldnt be a martial art if it wasn’t. On the other hand the instruction and explanations Howard provides are first class and will allow you to make great steps towards soft Aiki.

Popkin Sensei provides this with a nice laid back style with a fantastic sense of humour. He will have you doing some great stuff and if you are from an Aikido background this seminar will definitely enhance your training. Does he have the skills of his teachers – well Popkin Sensei will say he isn’t near that level. For me it was clear he had fantastic Aiki skills and it was great to experience this first hand.

I had a great time and learned so much from someone that had learned first hand from Okamoto Sensei. So Popkin Sensei and his Dojo partner Joe Brogna Sensei are coming to the UK in early June this year.

There is only one way to understand this level of Aiki and that is to feel it or to get “Hands on”. It’s simple there is a unique opportunity to experience this in the UK and thats by attending the seminar. If you are serious in this field contact Phil Eyers and register for the seminar. You will not regret it. 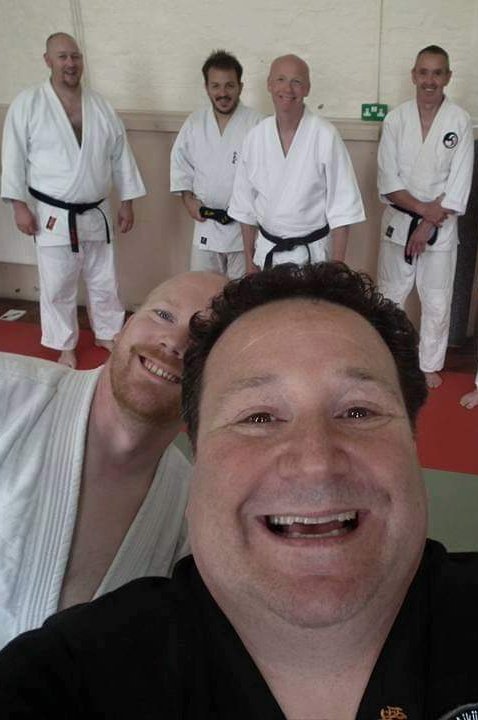