Another great Daito Ryu weekend in Dover with the Aiki connections crowd, four years now and it’s not yet failed to deliver!

This is much more than just another martial arts seminar, enlightening, thought provoking, and frustratingly minimalist, it’s all about the ‘connections’. The application of Daito Ryu’s soft power to Aikido, the lineage, and the coming together of like minded individuals from a diversity of martial art styles creating a fantastic learning environment.

Howard and Joe are two of the most amenable, and humble guys I’ve had the pleasure to practise with. Generous, open, highly skilled, and with a depth of experiential knowledge of their art, their andragogy is uniquely engaging. They spent time with everyone to support individualised progress, explaining how they break your balance, seemingly without effort, they are an endearing double-act!

Like most, I’ve heard the history of Tomiki, and Obah being taught Daito Ryu Aiki Jujutsu by Ueshiba and considered ‘Tomiki Aikido’ to be a progressive style which had developed and improved on theses earlier teachings. Looking at this from a sports perspective efficiency, economy of movement, and dynamic application are the holy grail, but in our quest for this I believe we’re missing something fundamental. What Howard, and Joe bring is a forgotten past, a history and tradition, validating Aikido’s foundations in Daito Ryu Aiki Jujutsu with the opportunity to de-construct what we think we know, and to rebuild with focus on the micro, rather than the macro.

Unable to practise this year, I was able to spend time observing the practice of others, taking in the subtleties of movement demonstrated by Howard and Joe in their teaching, whilst making notes to help me in my own teaching and practice. One of my notes in particular stands out in referring to the practice of my peers in contrast to the demonstrations provided, ‘Too much movement!’ This captures what is at the heart of the teaching, the notion that, there is a point which, with time and focus, we can identify in our own movement and, in that of uke’s, when their balance is broken. The exploration of the tactile interrelationship between Tori and Uke, their physical connection through posture and position, and the effects of micro movement on this.

To watch others respond to this breaking balance experience with big smiles and laughter as they throw each other about is what the weekend is about, friendships, openness to learning, sharing and of course the inspiration to be able to do just some of what Howard and Joe do!

Massive thanks to Phil for once again arranging a great weekend……. dates for next year?? 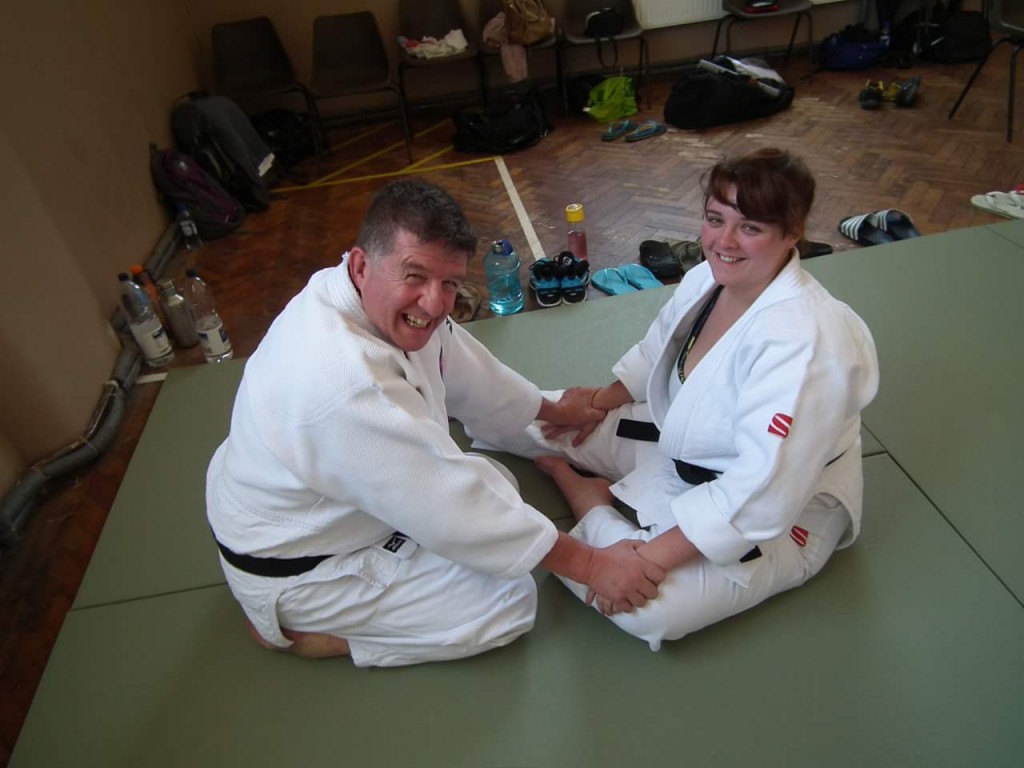